Let’s Talk to the World through Blogs 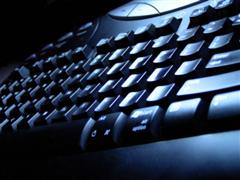 Harvard University spent millions of dollars recently and funded a new department called the Berkman Center for the Study of the Internet. This department focuses in on the influences and trends that the web is bringing to all of our lives.

Johannes Gutenburg re-shaped world history in the late 1400’s by inventing the movable type printing press. Martin Luther used the press to preach the gospel and the world has never been the same since then. When the Chair at Harvard was asked to compare the influence of blogging to other communications phenomena in world history he compared it to Gutenburg. Many [including non-Christians] compare blogging to Luther and his influence.

Stephen Ozment, History professor at Harvard, wrote about the pamphleteers of the Reformation in his book titled The Revolutionaries. Ozment contends that without those millions of pamphlets [literally millions], the Reformation would have never taken root. Ozment is quick to point out that the “Pamphleteer extraordinaire” was [you guessed it] Martin Luther. Blogs are the pamphlets of the 21st century.

I read Hugh Hewitt’s book, Blog in the summer of 2005 and began blogging soon after reading it. In my blog, I focus on three topics: The Trinity, Open Theism and Women in the ministry. There are other things as well, but those are the main three. My friend Steve Johnson also writes for the web site as well. Hewitt convinced me of both the power and the necessity for Christian leaders to be regularly influencing the world through our written words. Since June of 2005, I have had 1.1 million requests for pages from my blog. That is 1.1 million more requests for my opinion on Biblical ideas than if I had never started.

Please read the related article from Taiwan base leader, Don Gillman about blogging in the Taipei schools. He requires every SBS student and staff person to post something every week to the whole world about what God is teaching them in the SBS.

I would like to put out a worldwide trumpet call and challenge that we [both staff and students] become a blogging movement. God wants to give us great Biblical influence not only in our beloved mission but in the whole body of Christ.

Some tips about Blogging: 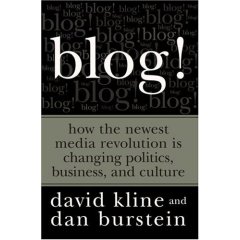 Please do not start blogging until you read these two books.

2.Remember you are speaking to the whole world and your words will never go away [even after you have erased something you previously posted].

It is my opinion that God really wants us to be doing this on a regular and disciplined basis. It takes less than 30 minutes a day.

To get to my blog for an example go to www.discusstheology.com